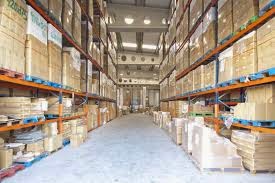 Ok, we ran through 10 stocks last night.  Beautiful, fresh New England morning this Sunday.  It actually feels a little fall-like.  We had some rain last night. This week, we are supposed to be in the 50s every night.

I have not said anything here about the passing of Robin Williams last week.  It really saddened me.  My son and I watched some of his classic stand-up routines.  My daughter (this is ironic) didn't even know he was a comedian. She knew him from Goodwill Hunting and Dead Poet's Society. He will be missed.

FSC - this is a BDC that provides credit.  Kind of bank like. There are a lot of BDCs out there.  To me, you want to look at their NAV, yield, coverage and ability to grow the dividend. FSC trades right around book value.  They do have a nice 11.3% dividend. While they have raised it recently, they also had to lower it about a year ago. The hard part to measure is how good the quality of the loan portfolio is. These are nice for an income stream, they do pay monthly dividends and reinvestment is at a 5% discount when they trade under NAV.  I view them as a riskier type play, if the economy were to go back into recession, FSC might have trouble getting paid.  I score them a "2", I am actively reinvesting dividends and I did add shares when they dipped below $9.30.

TPVG - I do not need to go too in-depth here, TPVG is another BDC that specializes as venture capital.  So a little sexier, but a little riskier.They just had their IPO this year.  They pay a decent dividend (8.3%). While FDC trades right at NAV, TPVG trades a bit over NAV (14.49 versus 15.50 stock price).  While they just raised their dividend two cents, I am unconvinced regarding sustainability.  I am seriously thinking about selling, however they are surprisingly thinly traded.  I would actually score them a "3", but leaning towards a "4" should they have a high volume day.

TLM - I bought TLM as a speculative play. They are restructuring, they are trading down from historical levels and their options suggested the potential for a spike (Yesterday's Standout Options Activity - Apple, Facebook & Family Dollar) and (Talisman Energy Acknowledges Approach From Spain’s Repsol). I have owned in the past several companies who have been approached in buyouts. AHL and SIRI did not end very well, they were both holding out for more. IGT did end out well, but I did not have the patience to reap the reward. So I plan to be patient here, though I already have a large enough position.  I score them a "3" as I would almost certainly sell on a strong price spike.

TNH - my newest dividend stock, they have gone up nicely and I have already accrued a $3.11 dividend.  TNH is an MLP that produces nitrogen fertilizer products.  So they pretty much move as fertilizer demand goes up and down. They currently yield about 8.5%. If you look at their history, they make about $500m per year. They trade under a $3 billion market cap, so that is an earnings yield of 14%. I will be reinvesting dividends and score them a "2".

TGONF - wow a bunch of stocks starting with "T". This is a very ill-liquid Dutch company. I will probably never sell as it would be so difficult! That being said, they are so-so cheap.  They are trading under $11 and they have a NAV over $17 (can you say Margin Of Safety?)!  They just increased their dividend and now yield 5.8%.  I am very comfortable holding for the longer term and would actually score them a "1" if they were not so lightly traded in the pink sheets.

CSCO - I just added to my holdings on Friday with the latest MFI tranche. CSCO is just a cash-generating machine.  Their earnings yield is 11%, which is excellent in today's market for a firm with a $129 billion market cap.  They do have some head winds with China and some smaller cap companies, but I believe that is already priced in.  They have a nice dividend (over 3%).  I score them a "2".

BAC-WTA - these are Bank of America warrants that expire 1/16/2019. They have a $13.30 strike price, which will be reduced by every BAC dividend over a penny. As BAC just announced their dividend is going to a nickel, that will draw down the $13.30 by 4 cents a quarter going forward.  These are lightly traded and are for people who can wait over 4 more years. But if you believe in four more years, that large banks will be making good money again and trading closer to historical multiples of book value, the return could be quite satisfactory. Think about it - BAC book value right now is $21.17. If they grow that by 10% a year, that is 32.26 at expiration date. Subtract off 13.30 and you are at $19 (assuming BAC trades at book value in 4 years), call it $19.50 with the 4 cents a quarter reduction for dividends over a penny. As the warrants trade right now at $6.70 and would be worth $19.50 in four year, that is a very good return. And if BAC starts trading above book value (say 120%) that might get you to $25.  I think I have just convinced myself to buy more! I score them a "1".

RPXC - every now and then one can make a mistake. RPXC falls in the category for me.  They provide patent protection almost in the form of insurance.  I thought that this would just be a every growing cash stream.  But they seem to be feeling the law of diminishing returns - they are having to pay more and more for patent rights and their margins are shrinking.  That is making them much less interesting in my analysis.  They are in my MFI portfolios, so I will not sell until they hit one year. But otherwise, I would likely sell now. I score them a "1".

NADL - this is a stock I really like and have not understood the price movement.  They are a new company (owned in part by SDRL) involved with deep water oil drilling.  I bought them around $9.60, they announced a big long term contract win and they quickly spiked to $11. Now they have fallen back closer to $9.60 essentially discounting the contract.  I expect it is because the contract is with a Russian firm. But if Putin backs off and sanctions are lifted (seems like that almost has to happen), then I do think this should be an $11 stock. They pay a very snappy 9.9% dividend (let us call it 10%).  While oil drillers (especially deep water) are a bit out of favor, I do believe as global economy recovers, so will oil drilling. This is another company I would score a "1". So if I could wave a magic wand, I might sell my TPVG and put more in NADL.

AVG - This is a company that sells software to enhance computer security.  I actually use them and find them to be less intrusive than say McAfee.  Their struggle is getting people to subscribe from the free version to the annual fee.  To me, computer security is essential and the price is relatively small compared to the risk. For the growth potential of the market, I find AVG to be extraordinarily cheap (11% earnings yield). That being said, these types of markets can dry up quickly should a Google put out something great for free, or a MSFT imbed something very good in Windows.  For that reason I score them a "2".

Have a great Sunday everyone.
Posted by Marsh_Gerda at 7:28 AM