Whoa, it is almost the end of July!  I only have 14 trading days left before I need to replace my 8/17/2015 MFI Select tranche.  Currently, the tranche has VDSI, SALE, CSCO, TGNA and HSII. It has frankly struggled, down 3.6% as CSCO is my big "winner" at a mere +8.7%. The benchmark is up 4%, so it is probable this will be my third straight tranche to lose to the benchmark in my select portfolio.  No huge shame in that, that is certainly on par with where MFI tracking portfolios started first six months of 2015.

I do also track alternative portfolios. If I had rolled over my August 2014 tranche (which was officially up 11%), it has been down 4.5% - so very close to my five picks.  I also tracked the stocks I rejected a year ago,  they are down 17%! So it could have been much worse.

Looking forward, I still have a few weeks to noodle it over, but here are five stocks I am spitballing about:

AMAG - up 35% since I didn't pick in May, but they still look cheapish.
AVID - seems like a hated stock, but seems cheap too.
MPAA and WNC - a couple names associated with providing parts for auto industry. I know Ford pooh poohed 2nd half of year, but MPAA is replacement parts - seems like. Solid pick.
KFY - HSII had a great quarter, perhaps KFY will as well in early September?
WDC - not on list right now, but may do my own calculation as seems it should be on list. I actually own right now.
SVU - grocery store, cheap but with a lot of debt. I'll need to be convinced.
BLBD - sells school buses! Up 35% since I started following, is there still gas in the tank? (Sorry)
RPXC - this patent insurance company always looks so cheap. I have to at least kick the tires (another bus pun).
PINC - this just came up on radar. Looks interesting, in the HC space, which isn't that common in MFI.

That is it, ten names to start with.
Posted by Marsh_Gerda at 8:51 AM 1 comment: 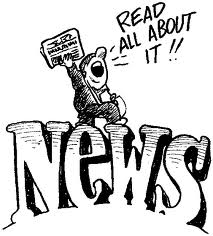 Wow, I have always blogged about how MFI is streaky.  We have been in a terrible downward streak. 15 of  my last 16 monthly tracking portfolios that have closed have "lost" to the  benchmark.  But all  of a sudden, the metrics are looking better.  The average open tranche in my twelve open tracking portfolios are now in a dead heat with the benchmark. It was like 2.5 points a week ago.

Perhaps the winds have shifted, just like in The Return of The King.  And the rising tide is definitely helping my 8 real $ tranches.  They are leading the benchmarks and the lead is stretching out.  Early days, but to borrow another movie, perhaps a New Hope.

Many of my stocks are starting to have earnings reports. CPLA and HSII were both very good today while TGNA was bad.  RHI was after the bell and seems bad.

Posted by Marsh_Gerda at 8:54 PM No comments: 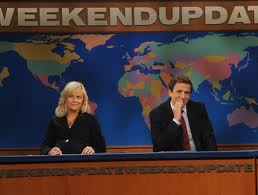 Just got back from a quick trip to New Hampshire.  I really like spending time in the White Mountains. But I came back... this time.

Markets continue to move higher, I am now up 8.5% on the year, despite some hedging positions that have cost me some performance.  My MFI positions are actually starting to look pretty decent.  My Formula approach is up over 11% and my select is up over 4%.  The Index is up 5.2%.

The slacker of the group.

No shame here either. Four great picks out of the five so far.

Wow,  all of a sudden the formula started to work very well.

So while 10/1 is still a struggle, my other three open tranches are leading.

In total, my open tranches are up 8.7% versus 6.7% for benchmark.  Not declaring victory, not thumping chest... but am quietly smiling to  myself.

Have a great  week everyone.
Posted by Marsh_Gerda at 3:40 PM 2 comments: