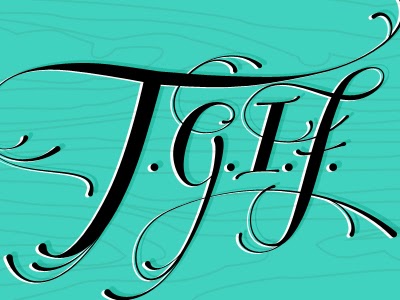 No, I do not have dyslexia.  But on a down Friday, I was actually up. One big reason was the quietest stock in my entire portfolio TGONF. As those of you who memorize my blog may recall, this is a Dutch financial firm that is trading well beneath book value.  It is very lightly traded on pink sheets, so lightly traded that I may never be able to sell my shares!  I actually have a relatively sizable position for such an esoteric stock. It is my 11th largest holding, yet a rarely mention it here. They wee supposed to have a report out today, but I can not find it. I suspect that is the reason for the 6% pop.

I did sell my TWM (inverse, leveraged ETF of Russell 2000) this morning. I actually had relatively good timing and got $50.72 (though it got as high as $51.35). So I made 1/2 a percent, but as it was ten percent of my total portfolio, it was still a material gain. Why did I sell it?  It made me too nervous to have that much in a leveraged position. My track record on being short something is pretty mediocre. Even though I kept telling myself it was a form of insurance, I still bit my fingernails at every swing in price.

Today was an extremely weird day. Markets opened up way down, then battle back and then fell down a bit. My portfolio performed very well, I was actually up nicely. The TWM and TGONF gains helped. But GTAT also did well, up 1.5% on news that Morgan Stanley is accumulating a position.

I also got to book three dividends today. TC-PT was the big one, with smaller monthly divvies from O and OIBAX.

My Top 20 Stocks of All Time 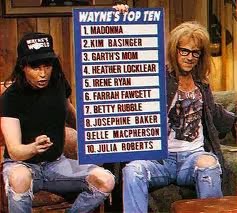 At the end of the day, you do want your stocks to go up.   As people may know, I have a spreadsheet in which I have kept track of every security I have bought (not including college funds or 401k) since 2002. Looking at the data in totality, I have owned about 1,070 different securities in that time. My total gains (using my factor) on all those has been $831,000.  But I thought it might be interesting to see if the 80/20 rules holds. Have I had 80% of my gains within 20% of my holdings? Interestingly enough, the answer is an easy yes!  My 15 best stocks (recall out of over 1,000), represent 80% of my gains (of course some stocks can be negative).

I have listed below the top 20.

Definitely some names on the list current readers know.  HIMX is impressive on the list as I only owned them for 2 months.  That 50% gain was nice.  NUS still did pretty well, despite late fall from grace.  They were up 5% on indications the China scare was over-blown.

To put things into perspective, with my factor I have 21,000 GTAT shares and 9,000 GNW shares.  So that would give people some idea of what a $1.00 move in share price would do to the gains.  I also still own SBS, I am tempted to buy more as they dipped under $9 yesterday.  CSCO is on the list more as a function of size (I have a lot of shares).  The RNR-C and ENH-A were both preferred stocks that sold for about 50 cents on the dollar at the bottom of the scare in 2008 and early 2009.  I felt they were relatively risk-free and bought quite a few shares and made quite a bit of $.  VR was also a late 2008 buy that I got very cheap.  I look back at those deals now and wonder why I did not bet the entire house on those stocks.  All three of those were virtually guaranteed doubles.

Not too many MFI stocks here.  When I buy MFI tranches, my $ in individual stocks are lower (though I am ratcheting up). So it takes something great (like NUS going up 200%) for an MFI stock to crack the top 20.
Posted by Marsh_Gerda at 9:50 PM No comments:

At Least It Is Warm

One thing I hate about owning TC-PT is there is so little information on them. I know they go x-dividend right around now, but not sure of the exact date.  All I know is that the dividend gets paid on February 15th.  I sent a note to their IR department, but apparently no one is home.

Just two trading days left on my February portfolio from 2013. It has definitely shed some gains - it was up about 92 or 93% at one point.  Now it is "just" up 76.7% (the benchmark is up 20.4% in that stretch).  Friday's closing pricing are what i will use to finalize that tranche for record keeping.  I will likely not sell the shares until Tuesday, just to make extra sure I get the LT capital gains rate.  And I will buy the new tranche around noon on Monday. There is a decent chance I will carry AAPL over, though I will need to add some shares to make sure it is 1/5 of total.

I was very tempted yesterday to sell 1/3 of my GTAT when they were a bit over $10.  It is an out-sized holding for me. As you may recall, I bought that 1/3 in early December when they had the secondary offering.  The average basis for me is about $8.80.  But I did not sell as I believe in the GTAT story.  It will be a bumpy ride though.

In NY On Tuesday ==> Not Feeling So Good

In the big Apple today.  Had to get up VERY early this morning.  I am usually a pretty healthy guy, but with the travel, the cold and sick kids, it appears to have caught up with me today.  I have all the classic symptoms.  And it sucks as I fly overseas tomorrow.  That just sin't going to be much fun - when you are all congested. Hopefully I can sleep ok.  I just went through my medicine bag and it looks like the best I have is some basic Bayer aspirin.  I have some Tylenol PM, but I have been taking DayQuil all day and I do not want to take too many doses.

A couple of weird days in the markets.  On Monday, GTAT went up 6% as I think they had some tail winds from the ABC interview of Tim Cook.  That was enough to make the day flat for me.  Then AAPL dove today (looks like I will buy for Feb tranche!) and at first GTAT dove to, but then people woke up after their first cup of java and realized that GTAT is not YET a material supplier to AAPL.  KLIC had a stunning day today (Kulicke & Soffa Reports First Quarter 2014 Results) up 11%. Post their earnings call, I am extremely bullish on KLIC. So I ended up about 1% today.

I did made one move that I may regret. I bought a very large hedge in TWM (10% of my total portfolio), which is a 2x short of IWM.  I am worried about the markets being too extended and wanted some downside protection.  Has not looked too smart so far as that was clearly the bull call. The position is off 1.25% so far. And for some reason, the futures look very good tomorrow, tonight.  But, even with this hedge, I was up 1% on the day overall.  I will keep it in place for a week or ten days, but no more.  These leveraged shorts have never worked well for me.

I read through the weekly Barron's magazine this weekend.  It was interesting (as usual).  I would suggest that anyone who reads my blog and has real money in the markets should subscribe.  This was the second of three editions with their annual round table.  There is certainly no consensus amongst the panels (round table-ists?).  One guy, Marc Faber, is pretty much Dr Doom & Gloom.

One item that caught my eye was how down people are on China.  It wasn't just a little.  Here are some quotes:

China acknowledged publicly some of the climate and environmental issues it is facing. It's not just the dirty air; it's the dirty water. In the northern provinces, most of the water isn't suitable for agriculture or drinking, and 50% is too dirty for industrial use.

We've been discussing China's water problem. Pollution, too, has become so horrible that people are leaving China with their children. Sometimes, entire cities break down. You hardly have a clear day in Hong Kong any more, or in Shanghai. Agriculture is in disarray because the water table is falling, and agricultural commodities prices have corrected significantly

Then this was very interesting when you consider the round table was 2 weeks ago:

I recommend shorting the Turkish lira. I had an experience in Turkey that led me to believe that some families are above the law. When I see that in an emerging economy, it makes me careful about investing.

One idea that interested me was Abbey Cohen:  My energy-sector pick is HollyFrontier [HFC], an oil refiner. It closed Friday [Jan. 10] at $49.79. Holly is a U.S. company that benefits from its geography. It has 100% of its refining capacity in the middle of the U.S., and has substantial exposure to light crude. Our energy team expects there will be good spreads [price differences in crude oil] around the world that will benefit U.S. producers.

That opinion has probably moved WNR up the list in my February tranche ideas.

Another interesting idea was Constellium (CSTM). This was by Meryl Witmer, who has been the best stock picker over time in this group.  They went public last summer and are creators of aluminum products. They were described as Alcoa without the mining component.  With Ford moving away from steel and towards aluminum in their trucks, demand could really begin to increase for the more energy efficient metal.  The company is not that expensive given growth opportunities.

But as I say, there were as many opinions as panelists.  There are those who believe in physical gold and gold miners, bonds, short emerging markets.  They continue to be snarky.

Cohen and Faber went at it as Faber belittled her for being pro Mexico.  Hmm, interesting.  I can not find it now in the online edition. I wonder if they edited it out.  He commented that her mentioning Mexico and being pro-Mexicio that he was now going to recommend shorting Mexico. She later mentioned she liked Nordstrom. And then she asked is he was going to recommend shorting that as well! I will look for it one last time...

Posted by Marsh_Gerda at 7:16 PM No comments:

I thought it would be fun to document some of my best and worst moves in 2013.  I made the list about 10 days ago, so some of the prices may have changed since then.

Here is a listing of 50 stocks in MFI index for past week and for the year so far:

Posted by Marsh_Gerda at 3:44 PM No comments: