Only a couple of weeks until I create my 3rd tranche of MFI stocks.  I was whining the other day about the first two tranches, and I guess the MFI gods listened to me.  The Aug 15 tranche rocketed upwards today, helped by UIS (up 15%) and DLB.  It is now out-pacing the Russell 3000.  I will post details in my weekend update.

I was thinking about what my criteria for stocks should be in February.  My inspiration was hearing talk about the fact that housing prices seem to be starting to go up (finally). A commentator said that ironically one of the catalysts has been not that interest rates are low, but RATHER the higher probability that they will be going back up, sooner rather than later.

That is probably true.  If so, what would some repercussions be?  I think one answer lies with what is going on with DELL.  Here is a stable, if unexciting company, that has seen it's stock price languish as the go-go growth days are past. However, with debt so cheap right now (not just for housing); a company with a predictable cash flow that is cheap can be taken private and everyone can be a winner.

Back in 2006, we had a rash of merger mania... seemed like every Monday a new merger or private acquisition was announced.  I think we are ripe for that again.  So my theme for MFI stocks in February will be stocks with a predictable cash flow that are not TOO large (say under $10b) as after that getting deals done is tougher.

I ran the MFI screen to get some ideas.  Obviously I will need to do more research, but here is a list I will start from:

Some interesting names there.

VIAB will report tomorrow.  It has already gone up 20% pour moi.

More this weekend!
Posted by Marsh_Gerda at 7:22 PM No comments:

Is The Fix In? 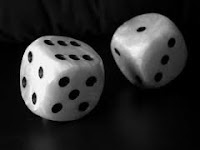 Two of my MFI stocks reported earnings this evening after the bell.  UIS and DLB.  I am pleased to say that they both had strong earnings.  As we have happy hour trading, UIS (Unisys Announces Fourth-Quarter and Full-Year 2012 Financial Results) is up a bit more than 10% and DLB (Dolby Laboratories Reports First Quarter Fiscal 2013 Financial Results) is up about 3.5%.

So should be a decent day tomorrow.  Today was pretty solid as HFC and MPC were up 5% on the back of very strong earnings from Valero (Valero Profit Rises on Cheaper U.S. Crude).  MPC will report earnings tomorrow, so it will be interesting to see if momentum continues.

The interesting chart of the day was UIS, which was trading down 3 to 4% all day... until the final 15 minutes when it spiked on heavy volume.  Clearly, some people had a little advance notice that it was to be a strong quarter.  Now, I hate this, even though it doesn't "cost" me anything.  It is just so wrong.  It did get me to thinking how one could take advantage of it.  Clearly the answer is to watch you stocks closely the final 15 minutes and be ready to trade based upon abnormalities.  Of course I have a job, so that is not realistic.

They say the key to winning poker is "the tell", where you are able to read your opponent.  Clearly that can also be applied to stocks, where you could "read" a chart like this and tell the fix was in.

A great book that talks about the usage of statistics and economics to solve problems is Freakonomics.  They show how they identified schools cheating on standardized tests in Chicago, why murder rates have dropped in past decade and how to tell when a sumno wrestling match is fixed.

They also hinted at a way to tell when a horse race is fixed and that there is a way to profit from it.  That has intrigued me for five years.  Someday, I am going to download a couple months of data from the Daily Racing Form and see if I can figure it out.  I do have a couple of ideas... maybe if I crack the code, I can spend a day a week at the track after I retire.  Any thoughts?
Posted by Marsh_Gerda at 7:11 PM No comments:

For those at home playing along, here are the "new" stocks and the "dividend" stocks in my tracking portfolio.

Another month has zipped by. It is a very chilly Saturday morning here in New England.
As my faithful readers know, I have been tracking the Magic Formula Stocks as described by Joel Greenblatt in The Little Book That Beats the Stock Market since January 2006.  Every month I take the top 50 stocks over $100m market cap from his website and track how that portfolio of stocks fares versus the Ruseell 3000 for the next 12 months.  It has been an uphill struggle as the tracking portfolios have under-performed, driven in part by Chinese reverse merger fiascos, for-profit education stocks and home health care stocks all being proverbial albatrosses.
This month-end was sadly no different, going up a solid 7.4%, but still getting thrashed by the R3K, which was up a more solid 16.6%!  Here are the 50 stocks in descending performance order:


Feel like we have heard this song before? Just looking at three of the bottom four , I think we can fairly state that for Profit Education was a drag. But they had plenty of company. I will say that this month there were some very good choices. CRAY was most excellent for a start. And some of those dividend stocks, like DLX and HRB were very solid. More on that later.

Here is a listing of every monthly portfolio I have tracked.

You will note the sad fact that this is the 25th straight portfolio to lose (that is hard to do... it ain't random) and remarkably the next 8 open portfolios are trailing as well.  Maybe we should buy a dartboard instead of using this?  Or maybe we should SHORT all these stocks?  Hmmm.  If you go back and see my posts the last few months, the words don't change... just the count.

I also keep 2 subsets of the larger portfolios:  (1) dividend stocks (those with a yield per Yahoo of at least 2.6%) and (2) new stocks (those new to the tracking portfolios in past 12 months.  The dividend portfolio was decent, up about 8.6%.  The new portfolio was just okay, up 6.6%.  Finally, I like to track cash as it is more "honest" than percentages as if you go up by 25% and then down by 25%, that is a different result than up by 5% then down by 5%.  So I track what you would have to day if you had spread $100,000 over the first twelve portfolios evenly.

As you will note, buying"new" stocks has not been a winning play, but dividend/mfi stocks continue to do well. They were up 15.5% from December 2011:

Posted by Marsh_Gerda at 7:54 AM No comments: