As I have have commented many times within this blog, MFI stocks that pay a 2.6% yielding dividend or greater have historically outperformed.  I was asked how that varies by market cap, so I put together a quick pivot table:


As a reminder, market cap deciles 1-4 correspond to market caps about $960m or greater.  So it seems that a good strategy (at least via a backtest) would be to buy MFI stocks in the top 50 greater than 100m market cap, that pay a dividend of 2.6% or greater and are $1 billion+ in market cap.

Nice Way To End The Month

Today was an all systems go day. Probably one of my top two or three days so far. I was up almost exactly 2%. So I ended the month of April down about 1.7% (entirely attributable to LMNS), but I am now up for the year by 6.7%.

I guess that is actually eight stocks.

I did execute a few sales today. I sold my GSOL for a 3% overall gain in a month at 8.85. They announced the $10 tender offer and I decided to take the cash in the fist.

I sold my KLAC that I had bought on a speculative basis. That lost about 4%. Then I sold my CYOU from my May 6th 2014 tranche a week early. Recall the rules of MFI are to sell losers before the year is complete to harvest a short term Capital Loss.  It ended up losing 4.2%.

Another stock I recommend a look see is TGONF. It is very ill liquid, so be careful.  But it remains an absolute bargain. They just published their NAV (Press Releases 2014 - Tetragon) as of end of first quarter and it was $16.83. Yet the stock sells at $10.05.  They also had a tender offer and buy buying back their own stock at a huge discount to book value resulted in an increase of 28 cents to their NAV. Lather, rinse, repeat. They can just keep doing that until I own all the shares.  At some point, to be a catalyst to unlock value, they may just wind things down. FUR did that earlier this week and the stock jumped from $11.51 to $13.90.  It takes courage, but sometimes a stock is worth more if you simply liquidate.

In the "That Makes Me So Mad" Category,   See where Exelon is buying Pepco.  CNBC said "something smells bad" regarding this deal (Exelon-Pepco deal 'smells bad': Trader).  They average selling 100 call options a day (POM). On Monday (before the deal was announced) they sold 4,000 call options.  Wth the announced buyout, the value of those options went from $2 to $7.   I think each call option is 100 shares. So that is 100 x 4,000 x ($7 - $2) = a cool $2 million. Doesn't take a rocket scientist to ascertain someone was trading on insider knowledge.  And the losers are the people tempted by a moderate spike in call premiums to sell the options.  I have started (once) to sell options, and this is exactly what makes me queasy about it. Not everyone is playing with the same deck of cards.
Posted by Marsh_Gerda at 5:47 PM No comments:

Busy time of the quarter for earnings. Yesterday, CYOU had their earnings. They seemed mediocre at best to me, but the stock traded up $1.30 on Monday. But today they have given back 34 cents of the gain. Frankly, I am counting down the days until I can sell this from my May 2013 MFI tranche (although it has not been a disaster, down 6%).

KLIC reported this morning and I was very, very pleased with their earnings report. They bumped up the upcoming quarters expected revenue by about 10%. I still believe my wider hypothesis with KLIC will hold - they will do something positive with excess cash and they will start riding increased CAPEX cycle. Still a $16 to $18 stock in next 12 months in my eyes. I have them in two MFI tranches and as a discretionary holding. I will have to think long and hard about selling the May 6th 2013 tranche.

Tonight GNW and RPXC report earnings. They are both outsized holdings (like KLIC) for me, so it will impact how I do tomorrow. Yesterday was a very poor day, but I am recouping most of those losses today.

I am still thinking about May 2014 MFI tranche. AAPL and LO are starting to run away a bit. I had been thinking about COH, but they just had a stinker of a quarter. Stay tuned, it will likely be a M ay 5th decision.

On a personal note, I go in for surgery on my ACL on May 8th. I may be a little more prolific as I will be at home for a week or so. On the other hand, I may be incomprehensible as I will be on some pretty strong meds.
Posted by Marsh_Gerda at 12:40 PM 1 comment: 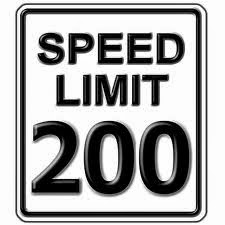 As I mentioned last month, I am going to try and start creating a top 200 list when I do a monthly tracking portfolio so I can keep them in sync and pull data from the detailed listing.  I am also expanding the data I bring in... it will take time to build a database, but ten years from now I might be able to tell you something new!

As my readers know, I like to replicate the official MFI site (Magic Formula Investing) every now and then.  I add a few extra elements such as (1) country, (2) yahoo yield, (3) my calculated stats, (4) ranking and (5) 200 stocks.

If anyone could think of any other stats that might be interesting, then let me know.  I have now started using price to tangible book.  The data is from GuruFocus.  I have brought in a ton of other data from Gurufocus as well.

I think my approach is pretty darned accurate.  I use Compustat as well and formulas that were devised by a team on the Yahoo Groups board and detailed in my blog (MFI Diary: The Calculation).  I also cross reference my list with the official top 50 and they are almost always within my top 100 (I have more on my list as I do not exclude some stocks the official site excludes, such as some stocks in other countries).

Be aware that this is all formula driven, I have tried using Gurufocus for dividend yields - we can see how they look..  The main financials (from Compustat) have seemed very reliable to me.


The price to tangible book (in my opinion) is interesting.  Note that some pretty highly rated stocks such as PDLI and CALL actually have a "-", meaning they have a book value below 0.    Always double check these figures before you make decisions.

Here is the Cross Reference List.  After a couple of runs where I had a few mis-matches, this one looks actually better than the official list!  In my view, CTSH should not be on the list. their stock recently split and I believe the official list cut their market cap in half (whoops - though people can double check, I see two sources at 15b and two at 30b).I think #72 (ATVI) is the highest, and a "50" would be perfect.  KING is a weird one.  PTIE for some reason has a zero in denominator, I will look into that.