I was doing a little digging on Tronox (TROX) today. This is a company that I bought a couple of weeks ago for the very simple reason that Seth Klarman plopped $199m into them. They are like a case study in Greenblatt's first book, "You Can Be a Stock Market Genius". Here are some basic facts:

So at a basic level, it seems there is a clear moat for Tronox. Now I was reading Jim Jubak's blog today and he actually mentioned titanium dioxide in his blog, so of course I perked up. Here is some of what he said as he said to sell Dupont (thankfully I had already sold) due to Titanium Oxide:

"DuPont doesn’t face rising raw materials costs for many of its products. Except for titanium dioxide. And that’s a huge problem.

DuPont is the world’s biggest producer of titanium dioxide, the white pigment crucial to making paint in all colors.

Now that was interesting and I immediately wondered if the same was true for TROX. I would not want to own a company who was able to increase their prices, but not enough to keep pace with the increasing raw material costs.

So I dug and found this presentation (Exxaro Mineral Sands Acquisition Investor Presentation). It actually lays out a plan of TROX to profit from this issue, which is why I believe Seth Klarman bought their stock. Tronox put into play last summer a plan to buy a company that has the raw materials. The deal is due to close in the 1st half of 2012. So not only have they cornered enough of the raw materials to supply their titanium dioxide (vertical integration), but they actually will have an excess and thus will be able to sell at what are apparently favorable prices.

TROX has a couple of other major catalysts that I am excited about. They did say they will move from the pink sheets to the NYSE after the merger is completed. I think this will increase their visibility and likely share price. Finally, they are going to re-domicle (Exxaro is South African) to Australia post-merger. They kind of skated around the issue, but it seemd clear to me that the primary driver of the re-dom was financial (ie lower tax rates). That could also increase stock price as they should bring more to the bottom line.

I already own a pretty decent stake in TROX, but I will watch the share price and may add on down days. As always, everyone should do their own due diligence.
Posted by Marsh_Gerda at 6:51 PM No comments: 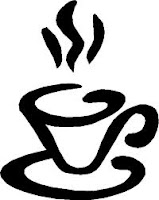 As my readers know, I create a tracking portfolio of 50 stocks from the MFI screen greater than $100m market cap 12 times a year. I then track how they perform over a one year holding period against the Russell 3000. I also create two "sub-portfolios", (1) A dividend portfolio, which is comprised of stocks with a yield of 2.6% or greater per Yahoo Finance and (2) a new portfolio, which are stocks that are not in any of the other past 11 monthly tracking portfolios.

February 25th 2011 was another poor performer, down 5.5% versus the Russell 3000 being up 5%. That makes it the 14th straight portfolio to close as a loser. That streak may not end any time soon as the next 6 portfolios are all losing as well. Here are the 50 stocks listed in descending order. There were a couple of Chinese stocks that hurt (SCEI and NEP), but it is hard to blame entirely on them.

You will note that many of the best performers were divvy stocks (like LO). The dividend portfolio was up an impressive 21%:

As my readers know, I like to track actual cash investments over time rather than percentages. This is because up 25% then down 25% leaves you in a different spot than up 5% then down 5%. So I track my three portfolios (plus the Russell 3000 as if you invested 100,000 evenly over 1st 12 months. Here is where you'd stand:

Here are the dividend stocks and New stocks in the upcoming portfolio:

Posted by Marsh_Gerda at 6:20 AM No comments: