Ok, I have set up a new tracking portfolio using the top 50 greater than $100m from the official screen.  In doing so, I did catch (blush) a mistake in my Dogs approach (it was not always looking back exactly a year) and I have fixed that mistake. It did not have a huge impact, but did increase the Dogs approach from about $238k to $246k.

GILD, PBI and GME would make my Formula approach - so decent chance I'll get some dogs in January.

Here are stocks new to my tracking approach in past year.  I have not shown this to be a good indicator.

It is interesting how far above the 52 week low some of these names are.  I have owned AWRE, RGR and TRNC (formerly Tribune) in the past.

Here are the stocks on list with over a 2.6% yield.

Actually, this illustrates a problem of just using formulas and relying on Yahoo Finance, which is becoming less reliable.  PDLI announced they had stopped their dividends August 4th.  I will go back and retroactively pull them out of dividend pool. I try to fix these when I am aware of them.
Posted by Marsh_Gerda at 12:01 PM No comments: 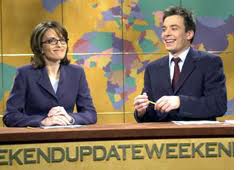 Greetings.  I am at my highest weight of the year. Thanksgiving is great, but I am weak when I have pies and cookies around the house. Took a long walk yesterday, but I needed more calories burnt apparently.  Oh well.

Markets went up yet again yesterday. It has been quite a run for me.  I am not sure the gains are sustainable, but am glad I have largely been in the markets.

I seem to have gained a few readers this week.  Perhaps some are interested in my findings and MFI stats. To you I say Hola! Welcome.  Feel free to drop a comment.

Sitting here with a month to go on the year, I am up exactly 11% on my active investments.  Guess what? If I had just put money in Russell 3000 I'd also be up 11%.  It is tough to beat the market.  I have made some unbelievably great picks this year, including REXI and BAC warrants. But I have also picked some absolute dogs, such as EMG which seems headed towards bankruptcy and SPCB. As my daughter would say, "the struggle is real".

For my ten new readers, I tend every week to comment on my various portfolios. Probably dull to read, but it helps me.  I split my Magic Formula Investing (MFI) approach into two portfolios.  One is MFI Select, which is four tranches of five stocks.  This one is pretty free form and started in August 2012. So I pick pretty much whatever stocks I want.  I usually use the official MFI website, but I also have my own spreadsheet that replicates the official website and I occasionally pick from it.  Here are my four tranches:


So you can see that two tranches are leading and two are trailing. PERI and GNC have hurt me.  I also publish a table that summarizes each tranche over time:

So this shows that this approach has been extremely successful. If I had invested $100,000 in 4 $25,000 slugs over the four tranches, then the current balance would be $209,306.  That works out to a 19.4% annulaized IRR (internal rate of return).  I do not think I am a great stock picker, rather I have had a few very lucky picks in here.  One can also see that November has been my most successful series of tranches, up 219%. May has been a struggle, only up 42%.

Then here is a table that shows my balances (assuming I started at $100K month by month since I started.

Of my current holdings,
Here are how Select stocks fared during week:

As suggested by the name, this is a portfolio of four tranches that I pick by formula.  I want to human bias out. I run the mfi screen, 50 stocks over $100m market cap. I then take a subset of that list: stocks over $600m market cap and that yield 2.4% or higher (via regular dividend or special dividends).  I do allow myself to discard one name at this point.  Then I use a random number generator and pick five stocks.

I started this approach in October 2014 based on studies I had done on all my tracking portfolios.  That being said, I have been aware of it for longer and it has driven many of my picks (although not random) in my Select portfolio.

As you can see, all four current tranches are leading. Sweet. Obviously a big shout out to CPLA, up 68% and 53%.  This was a matter of controversy whether to allow stocks to be picked multiple times. If this was my entire net worth, I might say "no" as you do not want eggs in too few baskets.  But my backtesting did allow stocks to be picked multiple times and you will generally have repeats as the stock names do not change that quickly.

Here is month by month listing:

Here are how Formula stocks did during the week. Strong move by GME.

As I approach 60, I am making a conscious effort to build up a sustainable income stream.  So largely the two MFI tranches are "fixed", I am not adding or removing $.  New money is going into income/dividend stocks.  Here I do not have an approach, I simply look for securities to buy and hold. I do like closed end funds as they can be bought at a discount (look at CEF Connect). I do have a couple Warren Buffett plays with PSX and their pipeline company PSXP.  I also have SJT, which I am frankly selling (they seem expensive given the amount of gas in the ground).  I own TGONF, which is like a closed end fund and sells at big discount. I have a reit, SBRA... though I am unsure whether they are "cheap".

Hmm, this will have to be continued.  My spreadsheet just crashed.  It links to Yahoo Finance, which has really become embarrassingly unstable. At some point I am going to need to revamp it.

Wait, got it to work.  Here are my holdings here:

Posted by Marsh_Gerda at 7:46 AM No comments: