Six Months Out Of Every Year 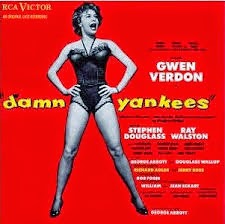 Six Months Out Of Every Year

Not sure if my readers know the reference but that is the opening song in Damn Yankees, a fun musical. In the song, it is referring to wives losing their husbands to baseball six months every year. But here, on June 30th, it refers to us making it halfway through what has been a pretty uneventful 2014.

As of this writing, I am somehow up a very snappy 15% on the year (would be 18% without the LMNS fiasco). Obviously it does help to have largest holding, GTAT, up 113%. But other things are working as well, for example my MFI portfolio is up 13%.  The R3K is up almost 7%, so I am pretty happy with the performance as we turn the corner.


At an anniversary date like June 30th, it is always a good idea to think a little bit. Take a pulse. Think strategically instead of just tactically. If I were to list my biggest surprise of 2014 thus far, it would have to be the treasury yields. The ten year started the year at 3% and today it is 2.53%. This is despite a steady tapering by the Fed during all of 2014. What does it mean? I am not a rocket scientist on this stuff. A lot of people point to it as proof the economy is weakening. Bonds are typically used in a flight to safety, so obviously rates dropping means a lot more demand which may mean flight to safety.  This is possible.

Another thought of mine is that we need to think more globally.  Canada is 2.24%, Germany 1.25%, Italy 2.74%, Spain 2.67%, Ireland 2.36% and UK is 2.67%.  If you think about that, you start to realize that US rates really cannot go up sharply. Almost everyone would take the US bond over Italy or Spain if we had the higher yield.  So instead of our lowering rates implying a recession here, it could be that we are more attractive than many other country's bonds.

S I guess I remain unconvinced that the US economy is about to crash and burn, though until we start getting some wage growth and job growth I do expect us to keep limping along at 2%.  So then the obvious next question is whether the stock market has gotten ahead of the economy. It certainly "feels" that way. The past three years have been terrific in the stock market and it is not unusual after three straight very good years to expect a settling.

I think that factor alone has me wary about the market, albeit it may be "different this time". Another point that makes me nervous is the tremendous amount of margin currently being used. When some parties have applied a lot of leverage, it will not be fun if they all try to unwind that at about the same time.

So, I guess at the 1/2 way point, I am happy with my performance and I am guardedly optimistic on the future.   Onwards fellow investors!
Posted by Marsh_Gerda at 7:49 PM No comments:

Another month has zipped by. As my faithful readers know, I have been tracking the Magic Formula Stocks as described by Joel Greenblatt in The Little Book That Beats the Stock Market since January 2006.  Every month I take the top 50 stocks over $100m market cap from his website and track how that portfolio of stocks fares versus the Russell 3000 for the next 12 months.  It has been an uphill struggle as the tracking portfolios have under-performed, driven in part by Chinese reverse merger fiascos, for-profit education stocks and home health care stocks all being proverbial albatrosses.

Fearless readers will recall we had a 29 month "losing streak"..  This month-end extended the winning streak to 13 ! It went up an excellent 26.9 %,edging the R3K, which was up a less excellent 19.2%! Here are the 50 stocks in descending performance order:


I did find another site that has been tracking since 2006 this week.  It uses a different approach, just 5 stocks picked randomly every quarter. They have had better results than me (TrackJGreenblatt's Stock Picks). I found it very interesting and would encourage people to take a looksee.

AGX was number one, I am glad to report I have gotten to ride that wave personally. QCOR was number two. One of my worst sales ever as I once bought them around $18 and sold at $22, happy with a quick 20% gain.  For profit Education Stocks were a minor drag.  The 4 of them were up on average by a sub-par 21.4%.  ESI, really took a nose dive recently.


As noted, this is the thirteenth (unlucky?) straight portfolio to win after 29 straight losses! (that is hard to do... it ain't random).  It may be a bad omen that the 9 of the 11 newest portfolios are all trailing (including July 2013).  Still some time to go.

I also keep 2 subsets of the larger portfolios:  (1) dividend stocks (those with a yield per Yahoo of at least 2.6%) and (2) new stocks (those new to the tracking portfolios in past 12 months.  The dividend portfolio was solid, up about 34%.  The new portfolio also was strong, up 34% as well - as UTHR and CRUS were both goodd.  Finally, I like to track cash as it is more "honest" than percentages as if you go up by 25% and then down by 25%, that is a different result than up by 5% then down by 5%.  So I track what you would have to day if you had spread $100,000 over the first twelve portfolios evenly.

You can see that the dividend approach is doing well.  But overall, MFI is starting to lag just the R3K again.  I have written some blogs on what has caused that (Why Has MFI Performed Poorly?).  Onward! Time to create the new portfolio.
Posted by Marsh_Gerda at 9:56 AM 6 comments: