Weekend Update - End of May 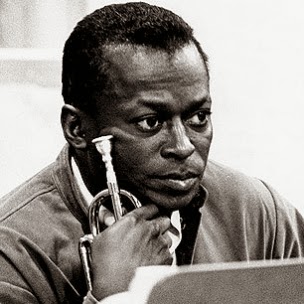 Another week, another month in the books. Does anyone else get tired of magazine articles and CNBC discussions about "Sell in May and Go Away?"  I rank that slogan just behind the January effect.

Here is a table showing the MFI Index for the month:


You can see GTIV was up about 80%; while ESI was down 36%. MFI stocks are often not for the faint of heart.

Well, for the first time in a while, I have a tranche (May 2014) trailing the benchmark. That can happen and as I have documented recently, MFI in aggregate is starting to trail the benchmarks, which is certainly a headwind for my tranches.


There is no reason to get excited, my goal/hope is to avoid and real disaster stocks (like ESI or WTW) as that can really put the pressure on the other 4 stocks in a tranche. Eyeballing my MFI stocks, the only one that really made news this week, was SYNA looking to buy the Japanese semi company (Why Synaptics, Incorporated Shares Soared Today), which for some reason caused a huge pop.  Then I was pleased to see where AGX in my August tranche has become a double. Clearly I should have added a second position in November.

Here is a table showing how all my stocks fared during the week:


As you can see, of my discretionary picks, GTAT had a good week as it becomes more and more apparent to people that their products will be used big time with AAPL (With Sapphire In The iPhone Almost Confirmed, GT Advanced Technologies Looks Like A Buy).  RIOM continues to lag, but I added shares this week at 1.65.

These guys are starting to show signs of life. Now up 4.6% on the year.  Recent adds GPS and NADL are (ahem) paying dividends.  And the overall yield of this portfolio is now 7.0%.

2014 thus far has not exactly been golden for me in stock picking.  The big disaster for me was LMNS, which lost (with multiplier) 65,000.  That being said,  the aggregate of all my picks in 2014 has actually crawled back to black (I am assuredly jinxing it by saying that).  Here is a list of all my buys:


As you can see, some bad picks (thus far), with LMNS, RIOM, HIMX, SIRI, C and CALL probably leading the list.  On the flip side, SNDK, PM, cumulative GTAT and the recent NADL have certainly born some fruit.

More later this weekend!  I will unveil new Monthly tracking portfolio.
Posted by Marsh_Gerda at 6:17 AM No comments: