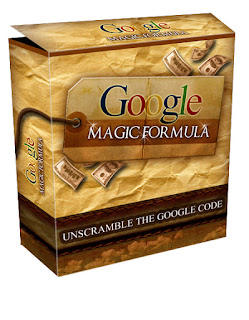 Ok.  It is that time again.  I have five new stocks ready and raring to go tomorrow.  I did bump up my amount per stock by 42% - in line with my plan at the start of the year.  So that is a show of confidence, but it also roils my stomach a bit.

The tranche that just expired came up a little short.  QCOM and DEPO took some head shots down the stretch. QCOM is off 18% since 1/1.  DEPO dropped 22% post Trump's election.  That does happen from time to time (like the previous February as well).

At the end of the year, my February 2016 tranche was up 10.7%.  That trailed the benchmark significantly (IWV was up 21.4%).  I always like to use the retiring of a tranche as a time to revisit all closed tranches. So here they are, going back to August 2012.

You can see that PERI was the stinker of this group.  You can also see (depressingly) that this is my fifth straight tranche in MFI Select to lose.

This was a tough tranche to pick.  With the Dow around 20,000 and the 7%+ Trump rally - not that many stocks look like a screaming buy.  I did stick out my neck on one pick, YY.  This is a Chinese company and is very analagous to my ATHM pick last quarter (which incidentally is up 38%).

So AKRX is a generic drug manufacturer.  They are much out of favor. They do not seem have been egregiously bad like some - but who knows. They are cheap by many measures.

YY is an internet company in China, they seem a bit like Yahoo.  They are growing profitabily and also seem pretty cheap given the growth. They are not on the official screen.

KLAC is a semi conductor company I had in the past (look above) that did very well for me (up 30%). They had a very strong quarter just a couple of days ago and seem to be clicking on all cylinders.  They also pay a nice 2.5% dividend, which my regular readers know I like.

WNC is part of the auto industry. I thought about them in August (they just missed my cut) and they are up 30% since then. But they are still a reasonable price. I am hopeful they are the perfect company to benefit from Trump's "America First" approach. I also like that they are from Indiana (Mike Pence's state), I figure that can't hurt. They have a 1.3% yield.

RGR - very late decision.  I really struggled for a fifth name.  Kicked around VIAB, IDCC, MCK, CAH, TGNA, MCFT and TDC. Sad thought, but I believe gun sales will continue to have momentum. I also owned RGR once before in my MFI Formula portfolio.  They also pay a decent dividend that varies with earnings.

That is it.  Just remember I am just a guy with a spreadsheet - so you should always do your own diligence in stock picks.
Posted by Marsh_Gerda at 5:39 PM No comments: