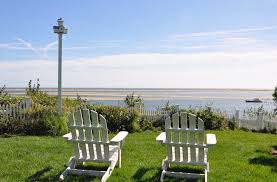 Ah, Summer is winding down.  On a personal note - I am starting to play golf regularly (3x a week).  I quit the game for 15 years and had never played more than 5x a year.  Getting lessons now, still not very good... but really enjoying it.

Welcome to the occasionally amusing MFI Diary.  This is a diary I have been maintaining since February 2006 (damn, that is a long time) tracking my "experiences" in investing real money in the methods discussed in "The Little Book That Beats The Markets".  I also spend some time discussing my MFI (Magic Formula Investing) Index and various MFI tracking portfolios that I have created over time.

I did create a guide recently for new readers to my blog that point you to some fascinating/interesting
posts. I encourage you to give it a whirl (Guide To New Readers).  (PS - I continue to struggle to make this link work.  You can instead go to Blog archive on left margin of this blog and you will find a link in October 2017). Of course, I have to have a disclaimer - I am just a non-economist, non-CFA with a spreadsheet and not a stock advisor (pretty clear as I ended 1st quarter in the red overall).  You should do your own due diligence before acting on anything you read here.

And as a free bonus, I also discuss how my non-MFI investments are doing (actually ok) in 2nd half of my blog.
Onwards.

As my 20 regular readers know, I have switched from updating my readers on my performance in MFI from weekly to once a month. Hopefully less is more.  August was ok, actually pretty decent.  But I still struggle beating the index.  Here is a summary table:

The MFI Index was unbelievably good in the month, up 6.1%!  That simply the 50 stocks from official list back at start of year.  We will have to look and see what drove that great month. So exciting, I know.

Speaking of the MFI Index, here is how it has done year by year compared to Russell 3000.  It is gaining some ground this year, but there remains work to be done.

Wow, +17.8% so far this year is strong.  Must be those tax cuts.  Here are all 50 stocks in the index currently, both for the year and the month.

You can see 11 of the 50 names were up 10% or more in August. HSII was the leader, which seems to correlate with a tight labor market.

The MFI Index I just discussed is for tracking.  I do not have real money in there.  But I do have two real $ MFI portfolios: (1) MFI Select and (2) MFI Formula.  I started MFI Select in August 2012.  It consists of 4 tranches with 5 stocks in each tranche.  I buy and hold the stocks for a year.  As the name suggests, I allow myself free rein to pick whatever stocks I care to pick.  So they are generally from the official list... but I often run my own screen and pick some names not on official screen.

Here are the current stocks in the portfolio, listed in descending order of size.  I show how they did in past month.  Note there are a few new stocks (AMCX and SGH), so they show the price I bought them at August 15th.

So I had some solid performers.  But GME, WDC and CAAP all struggled.  GME was frustrating as it was around $17 a week ago and crashed to $13.27.  They had been rumored to be a PE takeover target, it seems that fell through.  CAAP is associated with Argentina, and that is not a place where stocks have done well of late (true for many EM).  I think CAAP is a steal right now and if it stays in this zip code - I will look to add a second tranche in November.

Here are all 4 of my open tranches:

Sadly, my stock picking skills have faltered recently.  The three most recent tranches are all in the red and all trailing benchmark by a lot.  Investing is difficult.  FTSI, in hindsight was a dumb pick with Permian basin bottleneck.  But it may also be a steal in November.

Here is a table showing results all the way back to August 2012:

While still no shame in 17.8% annualized IRR since I started, it should be noted that was pushing 21% 6 months ago.  So sledding has been tough of late.  Or to use a golf analogy, I've been missing the fairway.

My second MFI real $ portfolio was started October 2014... so coming up on 4 year anniversary.  It is the opposite of MFI Select.  In MFI Formula I pick all my stocks via a formula and a random number generator.  So I can definitely get repeats... for example GILD.  Here are same tables:

Sadly, I have GME over here as well.  TUP has been another problematic pick.  DIN (owner of Applebee's and IHOP) had another great month... I wish it was a bigger holding (recall these are in descending order).

All these tranches are trailing.  Recall 3 of 4 were trailing in MFI Select.  Did I say I've been missing the fairway lately? Probably more like in the deep rough near the out-of-bounds markers.  it is frustrating as the MFI Index is doing so well while my two portfolios are in doldrums.  But these things go up and down. As JG tells us, "sometimes the market goes nuts".  I truly believe I have some names in these two portfolios that will improve substantially.

You can see MFI is also trailing r3K benchmark by 4.27%.  Not been a great stretch.  Wish I had better results for you.  But 2018 just hasn't been a banner year for my MFI portfolios.  Still committed to the approach, just a bit bummed. 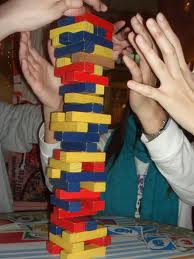 For those here to just read about how MFI is doing in aggregate and for me personally, I am done.  I will post more this weekend about my MFI tracking portfolio.

But now I will discuss the rest of my portfolio.  It is slightly larger than the MFI component.  I have three main areas:
Then I have some odds and ends.  Arguably I have too many holdings.  Between MFI and non-MFI, I'm a bit over 70.  That is too many (in my opinion) and I am steadily closing some positions that I don't consider to be core.

Here are my Energy holdings:

So here the weight is shown as % of my all-in portfolio... MFI and non-MFI.  So I'm just shy of 21% in energy... it is a largish position.  USOU is the one holding here that I consider opportunistic, not core.

Then here are my shipping holdings:

So again, 17% of my total... a largish play.  ANW is one I want to close out... it is too big for the riskiness of the holding.  They are very late in filing their F-20.  I am reasonably comfortable that it will be ok.  But still nervous enough to have a google alert on it.  If the F-20 shows they are in decent shape (they did announce some fraud by prior CEO in June/July), the stock could really pop depending what the financial say.  $2.50 to $3.00 is certainly not an unreasonable outcome.  But if they announce they found further fraud... well let us just say that would not be pleasant.

CPLP pays a nice dividend (over 10% yield) and they are very conservatively managed.  But I don't see any major catalysts.  Still, they are too cheap at this point to sell and I am just reinvesting dividends.

GLOP-PB is my only remaining preferred stock in my entire portfolio.  I think preferred stocks could really be taken to woodshed if interest rates continue to ratchet up.  GLOP-PB avoids that as they have a floating rate feature - it starts in like 5 years and will be LIBOR plus something.  So they are protected against rising rates.

GLNG is a major player in what I see as a macro trend for next 5+ years.  A switch to natural gas all around the world as coal is just killing our planet.  They ship LNG and LNG terminals are being built everywhere => higher shipping rates, as # of ships are not keeping up with buildout.

NMM is a very frustrating stock as it is one of my largest holdings and yet has pretty much laid an egg in 2018 despite a pretty good bulk shipping environment.  I think people are nervous about trade war impact on shipping, plus the parent company of NMM, NM is not doing well.... and shipping owners don't have the best reputation with the street (see the fraud in ANW).  But they are one of my largest holdings as I believe they have tremendous upside (Navios Partners: Updating Key Progress).

SSW has been great for me, but I sold $7.50 calls thus I am capped out.  Actually, if you ever want a stock to do well, have me sell some calls!

TK, TGP and TOO are all part of TK family.  They don't necessarily move in sync, but TK and TGP should largely be tied at the hip.  TGP will also be a beneficiary of LNG macro trends and they are going to start making a lot more money when we roll into 2019.  There may be some chance of TGP and TK merging as the world seems to like MLPs less and less.  I think that would be a good thing - I am not sure who benefits the most, so that is why my holdings are spread equally.  TOO is one I may sell if we get some positive momentum... as I said I am trying to have fewer stocks.

Here are some of my larger other holdings (most are income plays) with some color:
Ok then.  I feel a lot better as even though my portfolio has underperformed in total here in 2018 - I 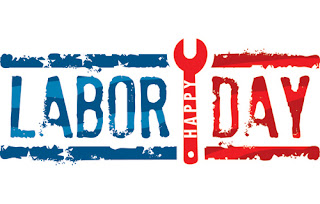 feel very good about my holdings.  At some point Mr Market will realize the value in a KCLI, CPLP, NMM, WLFC or TGONF.  In the meantime, I'll just wait... reinvest dividends and be happy.

I also don't get political (much) on this blog, but I want to ask everyone to remember Senator John McCain as a true American hero and patriot.

Have a great Labor Day weekend.
Posted by Marsh_Gerda at 6:38 PM No comments: