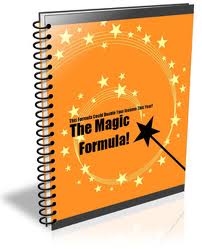 Formula For The Magic Formula

As my readers know,  I have several "versions"  of the MFI approach  running. (1) I have the traditional approach, where I select 5 stocks once a quarter and hold for a year.  I do allow myself some flexibility in this approach and can pick stocks from my own internal screen rather than the official screen. (2) I have the formula approach,  which is also once a quarter and I have set rules (a) draw 50 stocks from  official screen, (b) get a subset of stocks with $600m market cap and 2.4%+ yield, (c)  discard up to one stock and (d) randomly pick five stocks from that list. Finally (3) I do have two  micro portfolios going which I may discontinue whenever I want.

Anyway, the formula approach (2), after struggling, seems to be working.  I have my March 31st tranche counting down.  It has been pretty solid and has really picked up some  ground of late:

Three of the five are in the black and NSU has a lot of momentum of late.

Here is what that tranche looked like at year end:

Finally,  here is the list of ten stocks that would be formula eligible as of today:

There are a bunch of others on the fringe:  CPLA, IQNT, BPT,  OUTR and RCN.  Of the ten above, I do not see an obvious candidate to axe, so I'd probably stand pat.  After the TPUB fiasco,  I am a bit gunshy of publishing stocks... so TIME is one I'd think long and hard about. 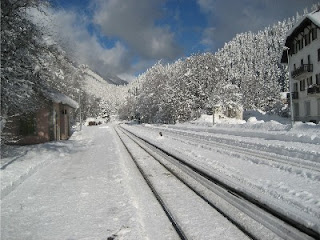 Another month/year has flown by. And so it is time to look at another monthly tracking portfolio as we near leap day 2016.  As my faithful readers know, I have been tracking the Magic Formula Stocks as described by Joel Greenblatt in The Little Book That Beats the Stock Market since January 2006.  Every month I take the top 50 stocks over $100m market cap from his website and track how that portfolio of stocks fares versus the Russell 3000 for the next 12 months.  It has been an uphill struggle as the tracking portfolios have under-performed, driven in part by Chinese reverse merger fiascos, for-profit education stocks and home health care stocks all being proverbial albatrosses.

Fearless readers will recall we had a 29 month "losing streak"..  Then we had a 13 month winning streak. This month, MFI lost by about 11.7 points. That makes it 11 of the last twelve to close have lost. In addition, this was the fourth straight portfolio to lose $ (though sadly 9 of the 11 open ones are also in the red).  Here are the 50 stocks in descending performance order:

I have mentioned that a "Dogs of MFI" approach has shown some promise.  VEC and VIAB are still on the list.  It would take some courage to buy any of those - but I guess that is why they are called dogs. I did find another site that has been tracking since 2006 this week.  It uses a different approach, just 5 stocks picked randomly every quarter. They have had better results than me (TrackJGreenblatt's Stock Picks). I found it very interesting and would encourage people to take a looksee.

I also have tracked 2 subsets of the larger portfolios:  (1) dividend stocks (those with a yield per Yahoo of at least 2.6%) and (2) new stocks (those new to the tracking portfolios in past 12 months.  I have added a third one , which I call "dogs".  It is like the dogs of the Dow in that you take the worst five performing stocks from the prior year that renew or all those that dropped more that 29%. The dividend portfolio was terrible, down about 15%. (PDLI, MSB, TPUB etc)  The new portfolio was worse, down 28% (mostly SMT & PSDV).  The Dogs approach was also bad, down 29% (that approach is admittedly exciting).  I think we can safely say that nothing besides 100% NHTC was working. Finally, I like to track cash as it is more "honest" than percentages as if you go up by 25% and then down by 25%, that is a different result than up by 5% then down by 5%.  So I track what you would have today if you had spread $100,000 over the first twelve portfolios evenly.

That is a sobering table.  It strongly indicates (assuming a guy with a spreadsheet hasn't made too many errors) that for the $100m + bucket that it hasn't worked very well since 2006.


I did pull in the newest 50 stocks.  Here are how they split into my subsets:

Posted by Marsh_Gerda at 8:32 AM No comments: