Trying A Couple of Strategies 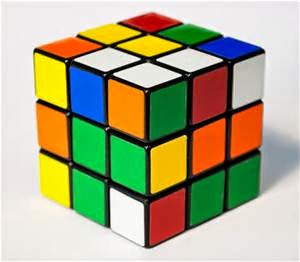 I was given a couple of interesting ideas this week about possible sub-strategies regarding MFI.  As I have a database going back month-by-month to 2006, I can sometimes back test these strategies.  The first was one I had looked at at least five years ago.  The suggestion/question was whether you would do better if you sold from your MFI portfolio stocks that had dropped a certain percentage after you bought them. The idea is to perhaps minimize your losses.

Since 2009, I now capture in all my portfolios the 52 week low in the year I hold the stocks.  So I can look at stocks that dropped a given percentage and see what would happen if you either (a) sold at that time or (b) bought at that time.

Here is a table assuming you sold at various % drops.  Note that I have assumed you could sell at exactly 20% drop, though in reality if a stock gaps down (look at WTW yesterday) you may have to eat a larger loss:

So this shows that for every year except 2014, you'd have been better off holding a stock, whether it drops 10%, 20% or 30%.   In 2014, if a stock dropped 10%, you would be slightly better off to lock in the loss.  Now I will note that I was unable to run this table on all of my stocks.  There were some for which I did not have a 52 week low - that can happen when there is a buyout (which would bias results to be not as good as they really were) and can happen if stock is de-listed or something (did happen with some of the Chinese Reverse Merger stocks) and this might bias in other direction.

So now what would happen if you buy MFI stocks if they have dropped 10, 20 or 30% since they were on the list?  I looked at that as well.  At first I was under-whelmed by the return. But then I realized that in my work these were not being held for a full year, but rather a fraction of a year.  I really have no way of knowing (without more work than I am willing to do) to know how long the stocks were held. All I know is the date they were sold.  My 52 week lows are just a number, I do not know the dates.  But I think it is reasonable to assume that the drops occur 1/2 way into the stock year.  In that case, the returns are for just 1/2 a year and are pretty decent.

So only in 2011 and 2014 did you actually get a negative return buying the MFI stocks after a 10/20/30% drop.  I do think this is also a function of the broader stock market. For example, 2013 was a great year for the market - so the strategy of buying a 2012 MFI stock (recall this is composed of 12 monthly portfolios from January 2012 to December of 2012) after it had dropped was probably good as the entire market pretty much rose in 2013. Also, keep in mind the 2014 number is actually just based on one monthly portfolio (January 2014) as it is the one to close.

So I think we have proven that selling MFI stocks in your portfolio if they drop 10/20/30% doesn't help, my data shows it reduces your returns 2 to 6 points.  The second strategy is similar:  if a stock was on the list from a year ago and is still on the list; does it's performance from the past year predict at all the upcoming performance?

This will take a little work.  For this one, I can go all the way back to 2006.  It is simply a relatively tedious task of matching up consecutive stock years along with consecutive performances.  Hmm, let me fire up my excel worksheet (cracking fingers):

High Level.  There were 1,405 stock years in my data where a MFI stock was on both the current monthly tracking portfolio and one year ago.  My total database is 5,417 stock years. Tossing out the first year (2006) as you could not have a match and the most recent 11 portfolios (not mature) gets us down to 4,327 stock years. So roughly 1/3 of stocks were also on the list a year ago.

To put the deciles into perspective, 1 and 2 are stocks down basically 30% or more the prior year.   Let us focus on these two deciles a bit further.  The answer may be biased a bit when we consider purchase year.

So the 21.6% when looked at by year is very interesting as it has been very powerful the past two years.  But here are counts to go along with that:

We have commented many times that larger market cap stocks have fared better.  So let us split the original deciles by market cap (very simple, "large" and "small" with the goal of equal number in each bucket).

Besides market cap, we know the dividend flag is a good predictor.  Let us split these deciles by dividend flag.

I covered a lot of ground here.  I think we can draw the following conclusions:

Here are the 36 times it has happened: