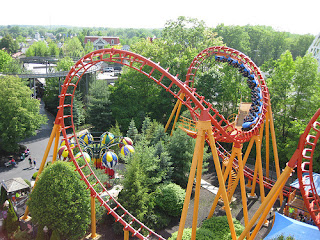 Well, it is a very very cold New Year's Eve.  I took a walk at about 11 this morning and it was 12 degrees.  Now at 3 pm it is 8 degrees.  I have a nice fire going, watching some meaningless NFL games and thought I'd do a flashback.

Let us take a look at some of my expired MFI Select Portfolios and see how the stocks have fared since then.  I have outperformed with those picks... but would the outperformance have continued?  I have my doubts... but let's flashback!

The VIAB stinker just too much to overcome.

That was a great tranche.  GA was bought not long thereafter, so I will exclude.

Once again, a stinker is enough to drag down results.

Well, this one will be terrific with NVDA.  I will drop RDA as they were bought.

Well, NVDA did help.  So first year flashback in total:

And then running to current:

Hmm, we get stomped. No NVDA to rescue us.

And rolling it forward:

ATVI again!  One last tranche to go in our flashback.

Ooh, this one won't be pretty.

Yes, RCII has not fared well.  So in summary for 2nd set.

Pretty close, but edged out.

Posted by Marsh_Gerda at 5:11 PM No comments: