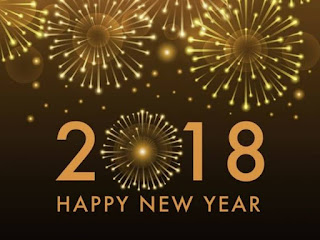 Well, tomorrow we turn the calendar.  While 2017 was a great year for the stock market, it was a bumpy road socially.  Our country seems as torn apart as ever.  But we are a resilient nation.  I know to younger people, it seems as though the wheels are coming off.

We have been through rocky times before.  Check out the Sedition Act from 1918: (

).  This was denial of freedom of speech was actually upheld by Supreme Court.  Or the summer of 1968, which saw Martin Luther King and Robert Kennedy assassinated.  Riots in the streets of Chicago during Democratic convention and essentially a police state that week. I am confident we will come together as a country again and resume our leadership role in the world.

Back To Magic Formula Investing

With the turning of the calendar, it is time to retire a MFI Formula tranche and start a new one.  This tranche was neck and neck all year with the tough Russell 3000.  But a weak finish by the good guys doomed us to a loss.  But still a tranche that helped increase my net worth:

GILD was all over the place.  Was 82ish+ post KITE purchase in September, but faded as year wore on.  HPQ was just great.  TGNA spun off CARS and so I have added in 1/3 of CARS to represent the 1 share of CARS received for every 3 shares of TGNA.  CA was rumored to be bought and popped to a bit over $35.  I can't remember why that died off.  Finally SYNT was also all over the place.  It foundered around $16-$17 for a bunch of the year and then had a huge pop over $26 post November earnings.  But has drifted down since.

Here are all my closed Formula tranches. I like to post them once a quarter for the record.

The Stocks I Didn't Pick

As readers may know, my MFI Formula portfolio is picked by a formula/random number generator.  I will walk through the selection process momentarily.  First though, you may ask how did the stocks that Mr Random did not pick fare?

Ok, here is how the Formula works.  First I pull 50 stocks from official screen.  I have bumped it up from 111m to 120m as I think it makes sense to increase lower bound as markets move up.  That gives me these fifty stocks:

Now I am going to filter by market cap and just keep the 34 largest.  Then I will only keep those with a dividend yield of 2.4% or greater:

The very keen-eyed reader will say, "hey, what happened to TGNA?".  I always scan the data and the TGNA dividend of 35 cents is the trailing 12 months. But the new rate post CARS spinoff is just 7 cents a quarter and so 28 cents, instead if 35 cents means it no longer hits 2.4% threshold.

At this time, I do allow myself the veto right of pitching one name out.  This time I will not veto anything.

I now go to randomizer.org and ask for 5 unique random numbers between 1 and 12.

I apply the numbers against the table above and get my five new stocks:

So GILD was actually in the retiring portfolio.  I will not have to sell them, but just add more shares. HRB and AMGN are both not held by me currently (though I have owned in past).  GME and OMC are both in two open tranches, so I will have triple positions (gulp).

I am also going to be adding $ all year to all my MFI tranches as I am convinced my approaches work.  Yes, the markets may tumble, but we may also get inflation.  I will still be keeping a sizable overall cash balance as Seth Klarman and Warren Buffett always advise.  Overall, for MFI Formula it is planned to be a 33% increase.  For this specific tranche, it is a 28% raise.

I will be buying in the market sometime early Tuesday.  I will also sell my old positions (except for GILD). I am not sure what I will do about my stub position in CARS with Starboard activist position.
Posted by Marsh_Gerda at 4:17 AM